Discussion of Flint: Poisoning of an American City 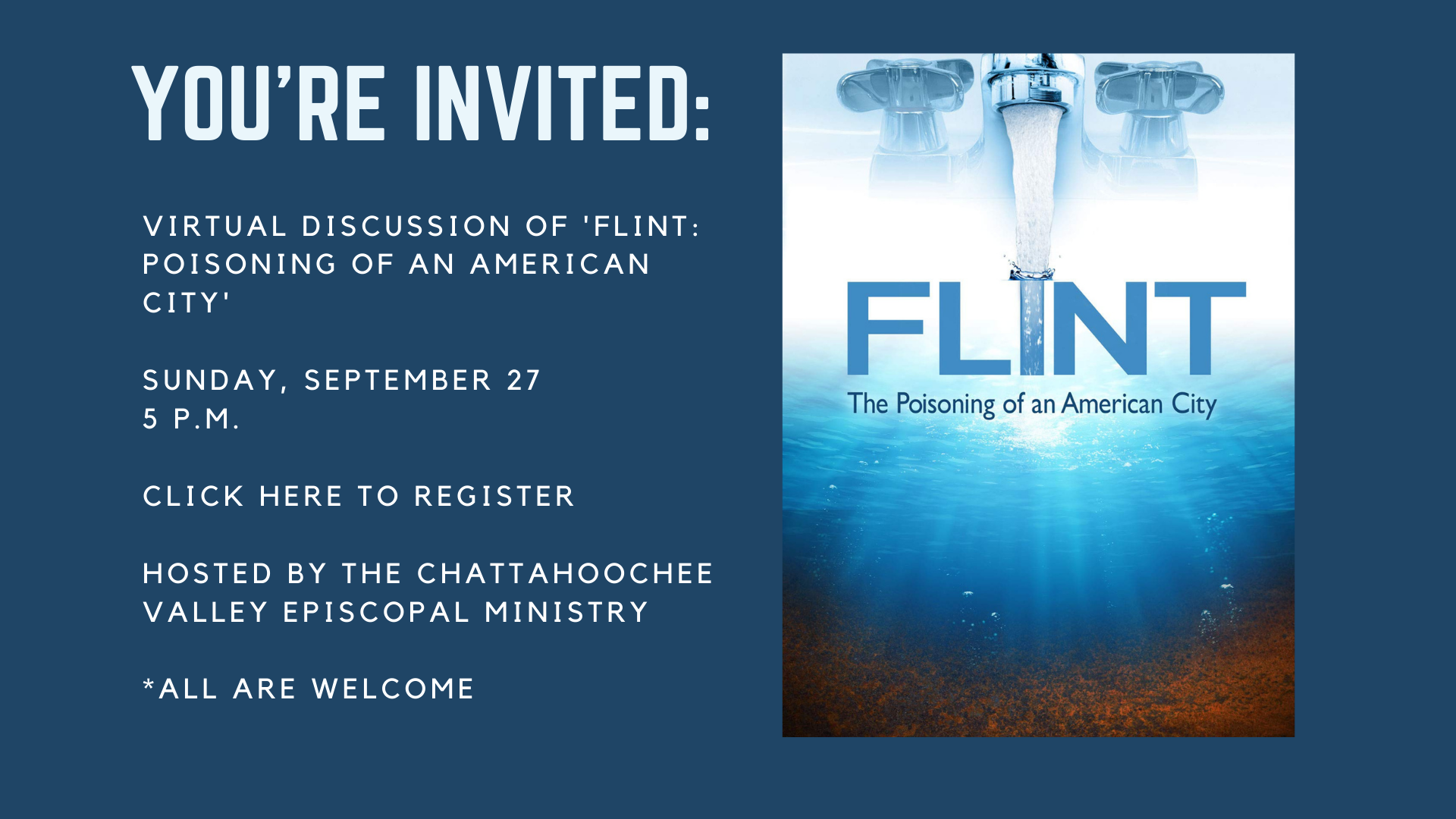 Join us for our latest film discussion in our "Striving for Justice Conversations Series" on Sunday, Sept. 27 at 5 p.m.

This month we are discussing Flint: Poisoning of An American City. The film is available to watch on Amazon Prime, free with a subscription or to rent for $3.99.

Here's a synopsis of the movie:

The film, produced and shot in Flint, MI, follows the more than five-year saga of the water crisis which began when the state-appointed emergency manager of Flint switched the city's water source from the city of Detroit to the Flint River. The toxicity of the water and insufficient treatment quickly eroded the pipes and introduced lead into the drinking water of the city of 100,000. The film traces the timeline of the city's interaction with the Flint River - from the continued abuse and neglect of both city infrastructure and environmental regulations, to subsequent population decline, through today's crisis.

Against the backdrop of a bustling post-World War 2 Flint, full of hope and promise of the good life from General Motors, we learn of the suffering of residents, including Jim Dixon who is suffering from kidney failure, and Alicia Nicola Sears, who details the health impacts of lead on people, and we hear from experts such as author Anna Clark and groundwater expert Dr. Will Sarni.

The film intersperses interviews with area residents (including parents, social workers, educators, pastors, and experts on water and health) with testimony at congressional and other oversight committee hearings illuminating how 100,000 people have been poisoned by lead, and the impact of lead in the water on the city. No definitive timeline exists for the remediation of the crisis and many residents fear that this reality has become a way of life for people in Flint.

Flint: The Poisoning of an American City explores the critical question of how this could happen in the United States and how this event should serve as a warning for the rest of the country. A recent report found that 5,300 American cities were found to be in violation of federal lead rules, and research published in USA Today detected excessive lead in nearly 2,000 public water systems across all 50 states. This documentary educates and inspires action, seeking to radically change how we view and value water.

Flint: The Poisoning of an American City raises the alarm through showing the impact of contaminated water at an individual and systemic level, focusing on the humanity that is at the heart of this issue.

Simply watch the film sometime before Sept. 27 and then join us on zoom!